This Independence Day holiday was just as wonderful as anticipated. We had good family time, food, friends, and exceptional fireworks. Before I get started many, many thanks go to my dear sister and her husband for literally giving up their place to host the north stand for Davis and Miller Fireworks. She finished Friday totally exhausted after four weeks of intense study for her new job title, to come home to a yard full of young adults ready to have some fun for four days. Her husband not ever saying a word does many things behind the scenes to make this all happen. Thanks, Rick and Diana, for your generous hospitality. We appreciate all you do.

After the girls smoked the guys at "their" game - cross- country golf, the kids brought out "old-school" games to pass time while waiting on customers to come buy fireworks. I believe Battleship was the favorite. The big catch out of the pond this year was by Chad at a little less than two ounces or two inches long - not a good year for fishing.

We all woke up today at least five pounds heavier. The good country cooking was a big hit as usual with  everyone that was around to eat. We served ribs, pork loin, tacos, steaks, chicken salad, and fajitas with all the fixings and many snacks over the days. 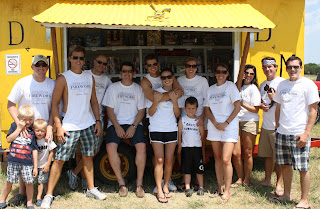 A friend let the kids borrow a water cooler fan. This was a great addition to the camp ground once it was figured out how to work it, which definitely lowered the heat factor. 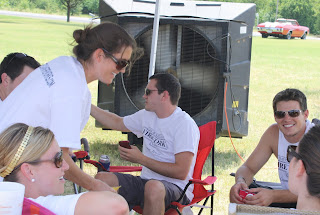 The 2011 fireworks season will go down as a great success. We do not have to eat fireworks this coming year; they were sold to many customers - old and new. Thanks to all that supported either of the Davis and Miller Fireworks stands.

The shows in Gunter and Tioga were both spectacular. Many nice comments were posted on Facebook  In lighting the shows, the only excitement behind the scenes was 10-12 of the boxes/cakes of already shot fireworks caught on fire during both shows. The funniest story told was about Chad Harris beating a fire out with his flip flop while trying to light his share of cakes during the show.
Posted by mdavis at 12:46 PM 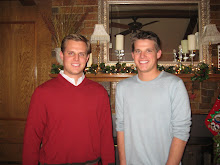 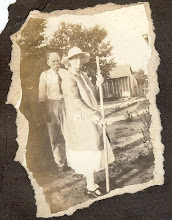